"With your own two hands": A practical action approach to youth empowerment and gender mainstreaming 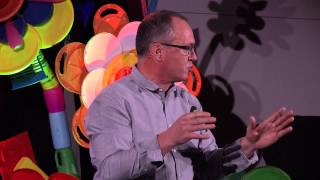 "With your own two hands": A practical action approach to youth empowerment and gender mainstreaming

Youth Empowerment and the Energy Transition

With increasingly more young people taking the global stage (Lal et al 2019) in eloquently advocating climate action from governments – the next generation seems to have gained a new-found respect. This is great news, but youth involvement in sustainability and climate change does not need to be limited to advocacy, social media mobilization and awareness raising. Nor should it be understood as something to take place in some distant future. With one in two people younger than 30 years worldwide (UN Population fund 2019), it is only logical that young people take a leading role in addressing today’s challenges - not in the future, now.

This generation is frustrated and angry - rightly so - at the way the environmental crisis has been handled by those in power. Thus, what we need is to find ways to channel that frustration and transform it into positive, creative and productive energy, providing ways for meaningful engagement. That’s where empowerment comes in.

So how do we empower (young) people?

By turning control over to people and by giving them tools, so they can develop the skills needed to have a positive impact in the world.

The Youth Energy Academy (YEA) developed by the Sustainable Youth Energy Network (SEYN) tries to provide an answer to this challenge by giving young people tools for action and by letting them try things out without fear of failure. Our experience in the last few years has showed that empowerment comes from being involved in the change process, in actually co-creating that process and doing it with joy.

Using tools like design thinking, problem tree analysis and the social business canvas, participants discussed and refined problems, explored solutions and possible business models for their project ideas. They visited and heard first-hand from a rural community energy project in Thailand and learned from case studies in the region.

Through a “Do-it-Together” (DiT) and learning by doing approach, participants with various backgrounds (from engineering, public policy, or liberal arts) designed and built an array of energy systems (a solar box oven, two parabolic cookers, a solar dryer, a solar sound system/charging station, 15 power banks and a solar water pump), using reclaimed materials whenever possible in 7 days and just under 30 hours of hands-on work. Most knew nothing about energy and had never used a power tool in their lives.

Our team of trainers encouraged participants to self-organize, to explore different methods and being creative in designing their projects and overcoming the mistakes made. In the end, by understanding how energy and electricity work and by building energy systems with their own hands, participants left the Academy with the”can-do” attitude and the inspiration needed to take a leading role in their communities.

“I highly appreciate the fact that the Academy incorporated both lectures and hands-on workshops which made it very useful for participants. I love the enthusiastic and supportive organizing team who inspired me a lot. After this program, I became more confident and committed on taking true actions to apply what I learn to real life.” - Participant from Vietnam

“I am really thankful to the trainers. They have been very effective and very patient in teaching us. Apart from the actual wood work and technical stuff, they also taught us the true purpose and meaning of doing these projects.” Participant from Nepal

Energy is more than Kwh – Actively reducing the gender gap

In the Academy participants also realize the real meaning of sustainability and that renewable energy is not an end in itself, but also the means for socio-economic development, a way to reduce inequalities and to foster self-reliant individuals and collectives.

Perhaps in the most sober of sessions participants dove deep in discussing the existing gender gaps as they shared stories and debated a topic most had never considered before. From the poll at the start of the roundtable discussion it was clear that some young people were somewhat aware of different gender roles, existent inequalities and the need for more participation and empowerment. Yet, most young women had never spoken up and shared that their mothers carried alone burden for energy-related chores in the household, or that they were the only female in a class full of male engineering undergraduates, or even that they were not hired for a junior-level position because they would be the only one in a control room full of male engineers and “that wasn’t possible”, as one participant from the Philippines shared.

Most prominent words referred by participants in a poll

So how do we address these issues and reduce gender disparities? Openly discussing the topic and bringing it to life with personal accounts is in itself an important tool: in that evening we shed light on the matter, shared stories, statistics, and raised awareness on what needs to change. But we also need to practice it. In YEA we started at the very beginning: with the call for applications. The call targeted women, encouraged them to apply and was widely disseminated through key appropriate channels, such as the Asian University for Women. In over 800 applications, 57% were by female applicants and in the final pool of 27 participants, 65% were women (not by an imposed quota - only the strongest, more motivated applicants were selected).

The YEA held at AIT in Thailand in November 2019 brought together 27 participants, from 13 countries in South and Southeast Asia, for a unique programme that combined sessions exploring the role of decentralized renewable energy and communities in addressing energy related challenges, with practical workshops on energy systems design and construction.

Moreover, during the programme, without disrupting the group dynamics, trainers tried to encourage women to participate, especially in the practical building workshops where males tend to take the lead. The results were inspiring: a lot of collaboration and young female participants leading the way in building many of the energy systems.

From left to Right: Group of participants after installing a solar water pump; Filipino participant finishing up the solar food dehydrator; Vietnamese participants receiving their certificates

Fast forward a year and a lot has happened with our group of participants. Since November 2019…

"Let's Power" - a crowdfunding platform for renewable energy projects in the Philippines was launched by our participant Camay and incubated by New Energy Nexus SEA.

Huong (Vietnam) used the conceptual tools learned at YEA to write a proposal which promotes leadership skills of ethnic minority women in environmental protection. She stated that "thanks to the knowledge of solar power systems from YEA, I am completely confident in working with solar power system suppliers and checking quotations."

Prabin from Nepal launched his project on "Smart Waste Management System" that is going to be implemented in his community. He is working on the software side of the project, but he pitched his idea to the members of the local government who supported it.

Shakina is working on a project at the Danish Refugee Council that will be installing solar lights and supplying power banks in Rohingya refugee camps in Bangladesh, upon her recommendation after her learnings at YEA.

But more than project ideas launched and energy systems built, participants gained a sense of achievement and empowerment, as well as an entrepreneurial mindset that can lead them to start actions beyond energy projects and take a more active role in society. Besides, YEA fostered autonomy and leadership skills, while reinforcing the role of women in energy issues. Finally, it also established a lasting community of practice across borders and that’s no small thing.

The first YEA in Asia was based on SEYN's in engaging youth in energy in Europe, combined with the Asian Institute of Technology Regional Resource Centre for Asia and the Pacific extensive networks and experience in providing training in Asia. The Academy was made possible by the kind financial contribution of the Konrad Adenauer Stiftung (KAS-RECAP) and the participation of several partners that enriched the programme, namely: Chiang Mai University, Nexus for Development, Leeds Becket University in the UK, Yunus Centre at AIT, UNESCAP, UNDP Altfinab, among others. The energy systems built were donated to the Klong 6 Community Learning Centre in Panthum Thani, visited during the Academy, and to the AIT community farm.